December 2015 Book of the Month

It's time for the December 2015 Book of the Month, only a few days late! This month, I'm going nostalgic, featuring Dale Fleming's Pieced Curves So Simple. (affiliate link) 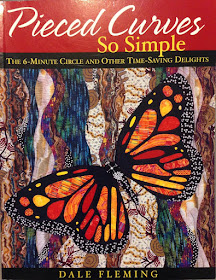 I try to post about the Book of the Month on the 1st, but got so excited about O Tannenbaum, 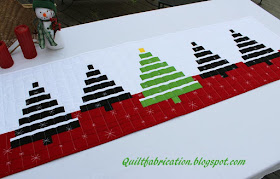 that the Book of the Month had to wait.

Now why did I choose this book? Because two quilts generated the most comments, Fred the Fugitive, 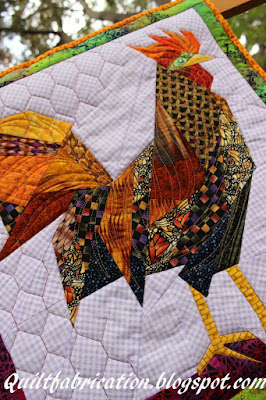 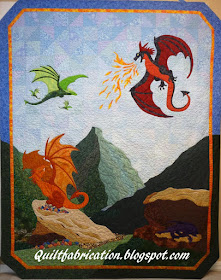 I think we all know Fred's story, that rascal, so for this post, I'm focusing on Dragon War.

Made in March of 2011 for my son, this was one of my first adventures into landscape quilting, and also curved piecing. I relied on Pieced Curves So Simple (affiliate link) in it's construction.

The mountains and rocks were done using Dale's technique, 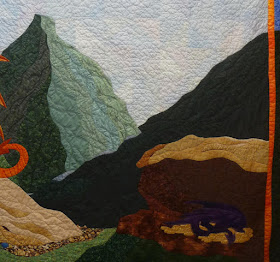 as there a several fabrics used for these features. And yes, there is a purple dragon sleeping on his gold, under a rock ledge. 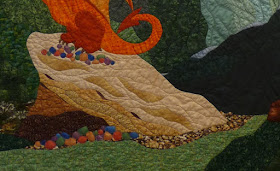 On the rocks above, the darker, small curved pieces on the rock are appliqued on. As are all of the dragons. But the other curves and those little dark brown specks? Sewn in. 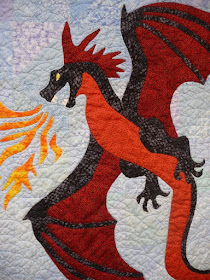 Quilting was pretty simple, as I had a smaller machine, and wasn't as practiced as now. But it works.

So, for this month, I want to revisit this book as it is a terrific technique resource. I've had some circles in mind for a while, so maybe it will inspire my next quilt pattern!

Have a great day quilting!