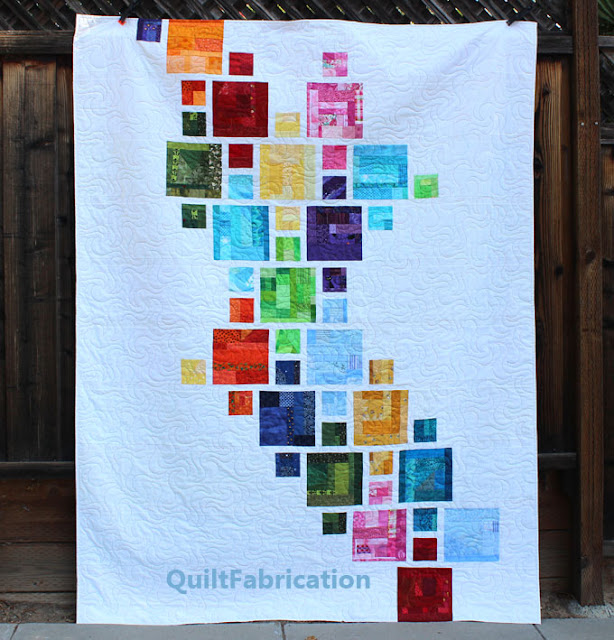 Here it is! My Rainbow Tornado, the RSC2022 scrap quilt! Yes, I'm a bit ahead of schedule with a finish now, but one shouldn't stop the creative process for the calendar!

So, just what is RSC2022? It's short for Rainbow Scrap Challenge, for this year, 2022. The event is hosted by SoScrappy.com, who posts a new color each month to work with. The design of the blocks and ultimately the quilt, are totally up to the quilter, using the suggested color of the month.

Due to a tendency toward fabric hoarding, I tend to keep larger, usable scraps with the yardage it came from, finding that those bigger scrap pieces come in handy with the yardage. That means my scraps tend to be on the small or odd shaped size, requiring a bit more effort to use.

But not to fear - I've become quite proficient at sewing those scraps into useable blocks using the Making Blocks from Crumbs technique. 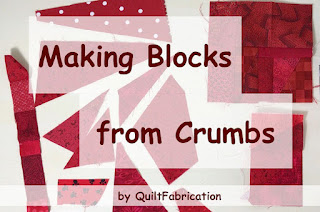 Gosh, I've made several quilts using this style of scrap block. There's Pinwheel Parade (free pattern BTW), Rainbow Celilo, and RSC2021 to name a few. I'd guess you'd say these scrap blocks from crumbs are part of my quilting style. And I'm ok with that!

For my Rainbow Tornado quilt, most of the blocks in it are leftovers from previous years. In July, realizing I was behind stitching up my scraps for the chosen colors, I decided to put them up on the design wall to determine how many more blocks I needed. With a vague layout idea, I got started, then couldn't stop, heading down the road with a more modern design than what I had originally planned. 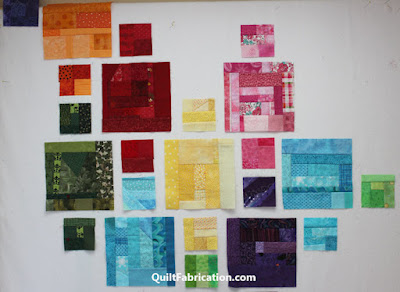 In designing this, I tried to maintain the following block order: one large block with two of the same color small blocks placed on the top and bottom of the large block. See the ovals below. 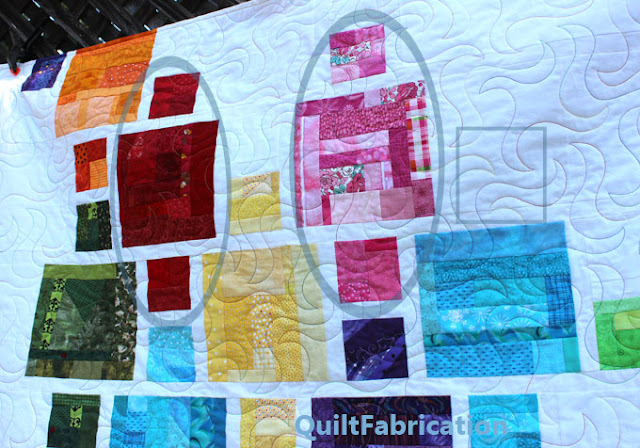 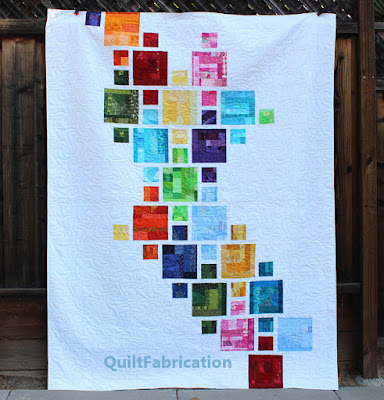 Now I could have gone full tornado, with blocks flying out to the edge, but I felt they didn't relate to the tornado and ended up a bit distracting. I prefer the tighter look, channeling a childhood favorite, the Tasmanian Devil. I guess you could say he was my inspiration! 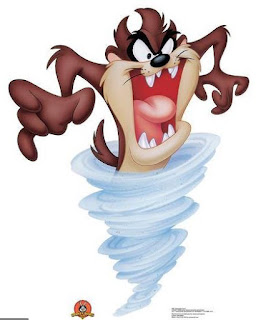 To keep with the scrappiness of this quilt, missing blocks were replaced with a variety of white-on-white prints. Since the small blocks were stitched together as a unit with sashing, I kept that same format substituting white where needed. 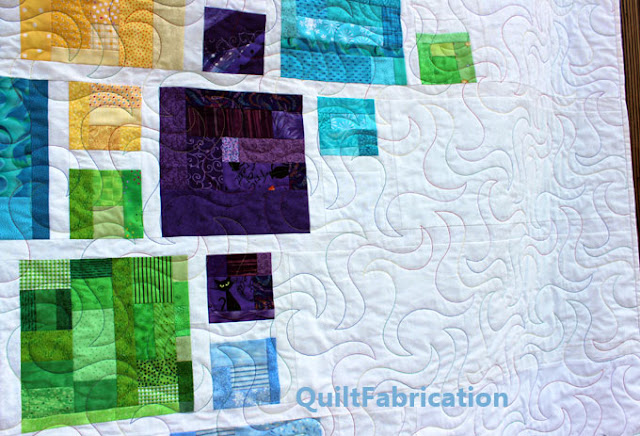 And how about that quilting? It's a pantograph called 'Twister", quilted in variegated thread. I love the motion it provides, along with the added variety of color. Both just work so well together! 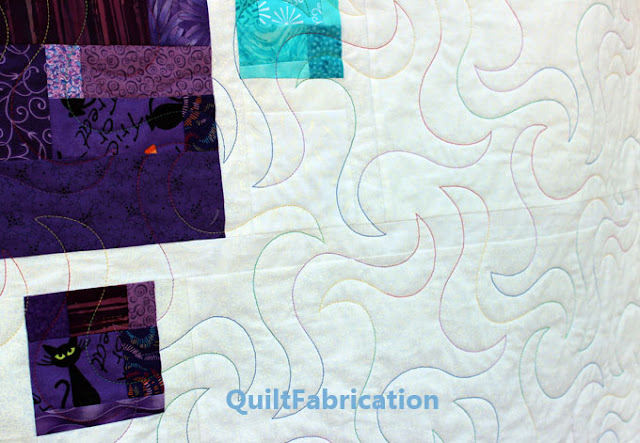 To complete the tornado theme is the multi-colored confetti backing. I view it as what remains after a tornado has come through - pieces of wood everywhere. I'm fortunate enough not to live in tornado country to experience the horrific destruction, and my heart goes out to those that do. With the Rainbow Tornado quilt, I've wrapped up my RSC project for 2022. I still have a ton of scraps left to stitch up, especially in purple, blue, aqua, and green. Maybe I'll do something with those for the remainder of 2022 as it seems to be my year for scrap quilts. Time to get stitching!
Happy Quilting!

Enjoyed this post? Don't miss out - get posts delivered directly to your inbox with follow.it.